We must ensure Muslims and all believers are made welcome

But to claim Islamaphobia is endemic in Canada is wrong 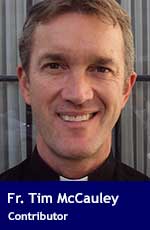 October was Islamic History Month in Canada. In a letter introducing the month, former Diversity Minister Bardish Chagger wrote, “Today and everyday, I stand with Muslim communities, and indeed all Canadians, to denounce the hatred that fuels Islamophobia.”

Muslim leaders also wrote an open letter to the Prime Minister in June asking for a National Action Summit to address Canada’s “deeply rooted systemic Islamophobia.” They were understandably outraged by the horrific homicides of Muslim family members in London, Ontario when Nathaniel Veltman allegedly drove his pick-up truck onto a sidewalk, killing four. We also remember the cold-blooded murder of Muslims in Quebec City in 2017 when Alexandre Bissonnette attacked a Muslim cultural center and killed six worshippers.

These crimes were abominations. But is it logical to conclude that the acts of two disturbed and violent individuals indicate that Canada has a problem with systemic Islamophobia?

The authors of the letter also want to ensure that “anti-racism and anti-Islamophobia becomes part of our education system.” There are many different approaches to addressing the question of Islamophobia, but let us focus on education.

I realize the era of the 1980s was vastly different from our current climate in terms of the number of Muslims in Canada, the rise in Muslim extremism in various parts of the world, and Islamophobia.

Nonetheless, I would like to share my personal experience of being in a public high school in Ontario in the 1980s – a school that included Christians, Jews and Muslims. I was blessed to have friends from all three religious backgrounds. One of my good friends was “Mo.” I appreciated his intelligence and humour. The question of his religion never entered my mind. Silly as it may sound, it was only years later that I realized that “Mo” was short for “Mohammed” and my friend was a Muslim!

I think my experience testifies to the character of Canada, and our long-standing tradition of welcoming immigrants from all over the world. They enrich our country in countless ways. They maintain their unique culture, religion, and identity, but at the same time they become Canadians like us. We are happy to welcome them as our friends and fellow students, our neighbours, co-workers and countrymen.

In regard to Muslims, has this changed since 9/11? As the world has witnessed a rise in Muslim extremism in the last 20 years, perhaps this has also contributed to an increase in Islamophobia in the world, including in Canada. But let us look again at the educational system in the present day, to see if there is any evidence of racism or Islamophobia.

A friend of mine currently teaches world religion in the Catholic board in Ottawa, with both Christian and Muslim students in his class. He always speaks about the openness, tolerance and acceptance of the students of other cultures and religions. He also emphasizes again and again that groups like Al-Qaeda, the Taliban, and Boko Haram are not Islam. He encourages students not to judge a religion based on the actions of small groups of extremists.

Some observers will point out that certain Muslim terrorist groups do claim to be following their religion and the Koran – that extremism is part of Islam. This is a serious question that cannot be addressed in a short article. My point, however, is to focus on what is actually being taught in our schools. The mandate of both public and Catholic schools is to teach openness and tolerance toward all people.

Consequently, I need to question the open letter of Muslim groups to the Prime Minister, that anti-racism and anti-Islamophobia need to be part of the educational system. By all accounts, our educational system already does that.

Furthermore, if children are being taught that Muslim terrorist groups do not represent Islam, then it is only right and fair that Muslims recognize the same truth regarding violent acts committed against Muslims in Canada. Such people do not represent Canadians or Canadian values. Rare acts of violence cannot be used as proof that Canada has a problem with systemic Islamophobia.

Even if Canada does not have a problem with “systemic” Islamophobia, we denounce the horrific acts of violence against Muslims that have occurred. We also join in solidarity with Muslims who suffer any forms of discrimination, harassment, or mistreatment.

There is one thing that Christians, Muslims and people of other faiths can do. The Second Vatican Document, Lumen Gentium, recognizes that Muslims, along with Christians, “adore the one and merciful God.” So we can pray to Him who loves us all equally as His children. We can pray for each other. Pray for the end to any form of violence based on religion. Pray that we will respect each others’ differences and celebrate what we have in common. Pray that Canada continues to be a welcoming, multi-cultural society in which people of all faiths can feel at home.

Fr. Tim McCauley is Chaplain at Carleton University and is in residence at Saint Patrick Basilica in Ottawa.

Convivium’s work depends upon the partnership of generous donors who believe in our mission to create a conversation that enhances the role of faith in our common life.